» Who: Sister Hazel and Christian Lopez

Song of the Mountains

Neither Wayne Henderson nor Jeff Little wear superstar upon their sleeves. They look like your neighbors, carry on like your friends and play music as masters.

Humble countenances belie the music of Wayne Henderson and Jeff Little. Hear them during Song of the Mountains on Saturday, Oct. 2, at the Lincoln Theatre in Marion. Grain Thief, a bluegrass band based in Boston, opens the show.

Henderson earned worldwide renown as a maker of guitars. They are widely coveted, and even rock guitar god Eric Clapton owns one. So does Country Music Hall of Fame member Vince Gill. But paired with pianist Jeff Little, humble Henderson performs attention-riveting music of the mountains. His guitar playing, precise though not showy, embodies clean picking. Whether it’s “Steel Guitar Rag” or perhaps “Jerusalem Ridge,” Henderson plays as a man steeped in tradition.

» What: Song of the Mountains

Life lives in the timeless and oft-timely tunes of Tim O’Brien.

A troubadour who defies simple categorization, O’Brien returns to the Down Home in Johnson City on Thursday, Oct. 7. O’Brien’s latest album, “He Walked On,” exhibits sweet country tones and twang alongside remnants of bluegrass amid general depictions of Americana.

O’Brien took his first breath in Wheeling, West Virginia. Music in church then Doc Watson on television led him down music’s road. He came to national prominence in the late 1970s with progressive bluegrass’s Hot Rize. By the 1980s, his songwriting acumen led to hits for Garth Brooks and Kathy Mattea. His nearly 20 solo albums brand O’Brien as an adventurer of music, one who never settles while in search of ever more elusive sounds.

The air was cool, the music even cooler.

Two weeks after the enormously successful 20th anniversary of Bristol Rhythm & Roots Reunion, Merle Monroe provided a whirlwind of music. For 90 minutes, they entertained with a 23-song set designed to get the audience on their feet and wear them out.

Hammer down, Merle Monroe opened with an original, “I’m Leaving Town Tonight.” A No. 1 bluegrass song from early this year, the burner established Raybon’s tightrope taut vocals and Grindstaff’s riveting banjo leads for the evening.

Some folks sang along. All seemed to marvel at Merle Monroe.

Two albums to their credit, Merle Monroe dipped into each throughout the night. From their first, 2019’s “Back to the Country,” they selected Haggard’s “Hungry Eyes.” From their latest LP, “Songs of a Simple Life,” the harmonies-heavy band selected such Raybon originals as “Hello Sunshine” and “Goodbye Marie.”

Kids danced near the stage. Older folks sat huddled under blankets on the early fall night. In the distance, the Doe River lazed in reflected starlight.

Meanwhile, Merle Monroe embodied its name. From Merle Haggard’s example, they shared such heart-tuggers as Hag’s “Silver Wings” and “Mama Tried.” From Bill Monroe, they turned to one of the bluegrass master’s finest, “Blue Moon of Kentucky.”

As with Haggard and Monroe, Merle Monroe forged a mark on Friday night. Its small-town sound left a big-heart feel.

The Del McCoury Band whips their legendary bluegrass sound to attention in this weeks’ free MP3 downloads. Snap over to www.pastemagazine.com/noisetrade/music/the-del-mccoury-band/jun-8-2018-paste-studios-new-york-new-york. Find McCoury’s three-song visit to Paste Studio, which was recorded in 2018. Hear a revved “That Ol’ Train” and a resonant ballad, “Letters Have No Arms.” 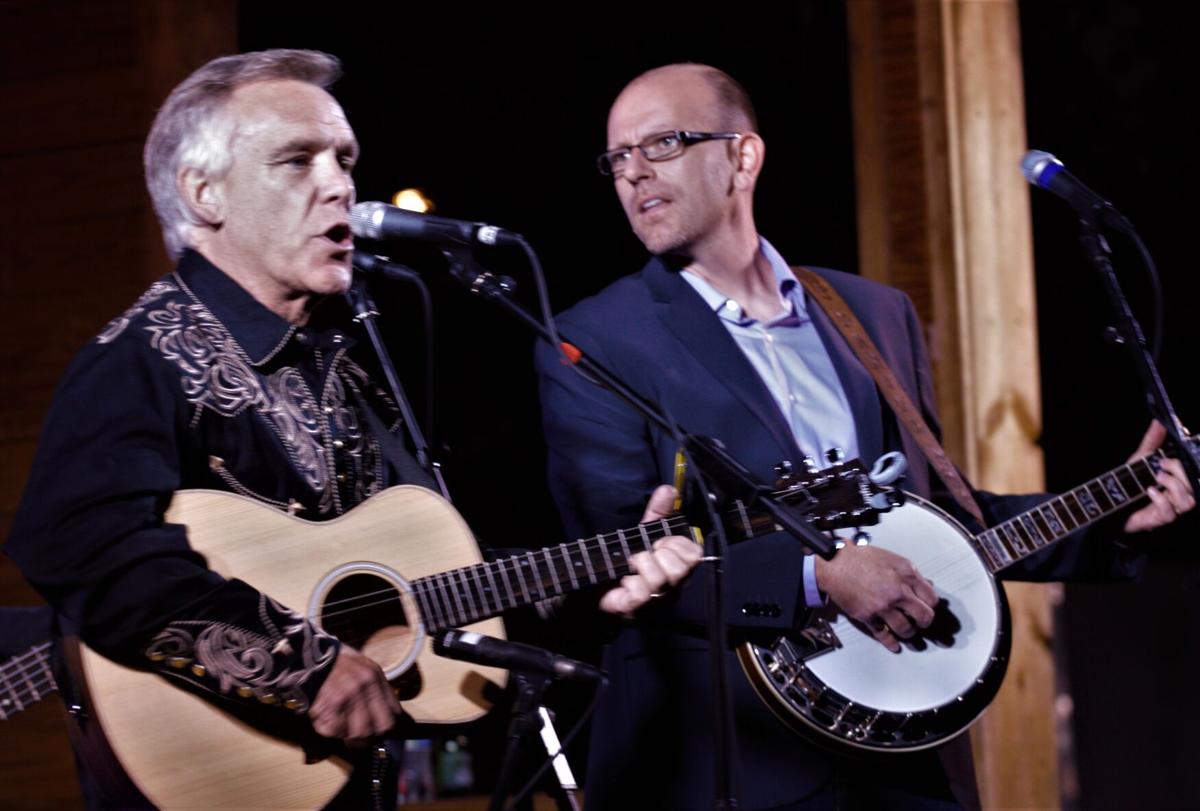