Just don’t expect Christmas music when Turner occupies the Paramount. Turner’s recorded past may have peaked with 2003’s million-selling “Long Black Train,” but quality has not stagnated for the barrelhouse singer. Albums including “Your Man” and “Deep South,” as well as his new “King Size Manger” Christmas album, permeate with Turner’s penchant for captivating songs.

“It never gets old,” said Turner. “That’s the beauty of songs. There’s a magic to them.”

Edgar Red neither runs nor throws the football, but the band swings some mighty heavy metal lumber. Likewise, Wyld Ryde. Each band of rowdies emerged during the past decade as forceful throwbacks to times when hard rock was king. But these guys play not as if from some mighty throne; they play as if born from the garage. They’re dirt under the nails, grease to their elbows rock who will rattle any walls asunder.

» Who: Edgar Red and Wyld Ryde

Appalachian music defines as culture paired with melody and lyrics that parlay Appalachian stories of its people and place. It’s not simply bluegrass and banjos.

“This is not an old-time band of bluegrass, but it is about Appalachian music and culture,” said Barry Abernathy. “Like a lot of old mountain traditions of farming and quilting, this music was handed down, too.”

State Street teemed with music and people on Saturday night. On the sidewalks and in the glow of streetlights and headlights flowed people going to and coming from venues that tilted as if they were jukeboxes filled with live music.

Country music twanged from one end of State Street, rock music the other. While country’s Diamond Rio played to a near-capacity crowd at the Paramount on the Tennessee side of State, ’90s rockers Collective Soul fed their Cameo crowd with such gems as 1995’s “Gel” on the Virginia side.

In the middle at Quaker Steak & Lube, the Hickory Tree Band attracted attention from the Collective Soul crew and a bevy of bystanders. Fairly loud group they were. Pretty good, too.

Handfuls of people paused for pictures taken in the middle of State Street. A few craned their necks to spy the marquees of the Cameo and Paramount, marvels each. Fellows and women, more than a few dressed for summer than the early fall night, yammered on about this and about that, a handful while seated outside the Stateline Bar & Grille.

Patrons, local and not, drifted into and then out of doors all along and alongside State Street well into the evening. On Moore Street, musicians gathered to record music inside Mike Stephenson’s Classic Recording Studio. On 6th Street, a man who appeared homeless, shuffled along his way.

On the corner of Lee and State, a guitar-toting and sculpted singer appeared to sing in silence. Folks in cars and trucks and otherwise passed him by, most without notice, yet one or two took note and seemed to wave.

Meanwhile, the Bristol sign twinkled overwatch it all. A good place to live, indeed.

From down under Collin Hay headlines this week’s free MP3 downloads. Find www.pastemagazine.com/noisetrade/music/colin-hay/jul-31-2015-chapel-nashville-tennessee to locate a trio of treasures. Hay, the former lead singer of 1980s million-sellers Men at Work, recorded a three-song Daytrotter Session in 2015. Results include an introspective “Waiting in the Rain” and an observational “Next Year People.”

The Wizards of Winter: Heavy metal meets classical for a dramatic take on Christmas at The Cameo Theater on Dec. 3

Rock operas date back to the 1960s. Rock operas set to Christmas themes with Paul O’Neill’s Trans-Siberian Orchestra began in the mid-1990s. Both influenced Scott Kelly’s Wizards of Winter. Witness the grandeur at The Cameo Theater in Bristol, Virginia on Friday, Dec. 3.

When 49 Winchester strode onstage Saturday at Cumberland Square Park in Bristol, Virginia, temperatures swooped into the low 40s. By the time headliner Drew Holcomb concluded his headlining set, the mercury bowed into the 30s. But 49 Winchester and Holcomb turned up the heat. 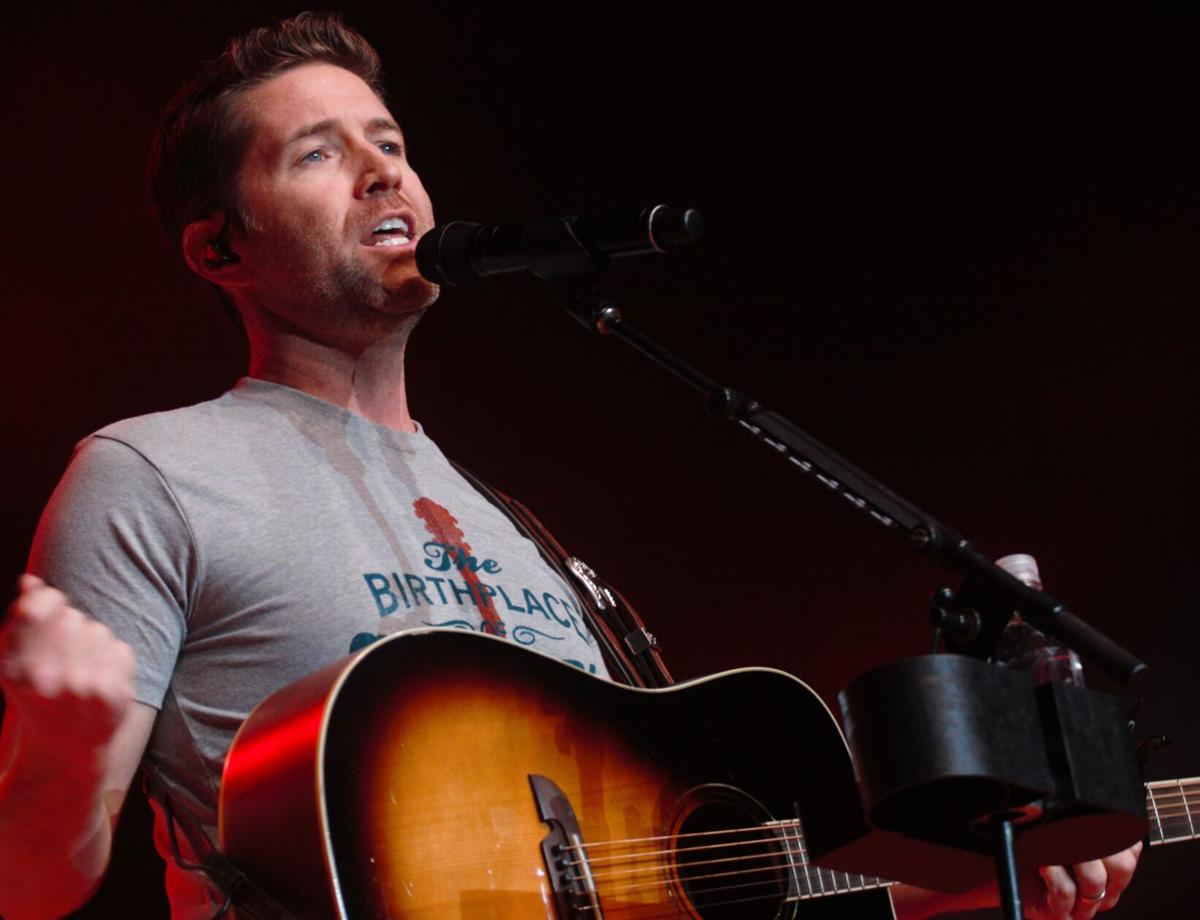 Josh Turner performs in 2017 at Bristol’s Viking Hall. Turner will make his debut at the Paramount Center for the Arts on Friday, Oct. 15.