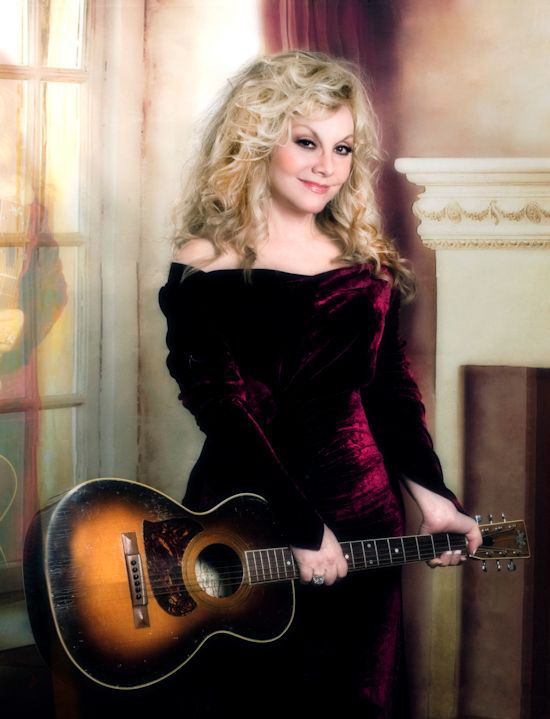 “We got our dreams from our mother,” Stella Parton said. “We got the work ethic from our dad. It was a perfect combination. My mother said you’ve got to put legs to your prayers.” 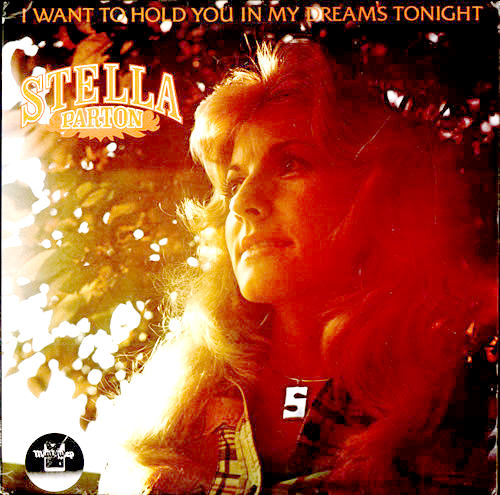 Stella Parton debuted on Billboard on May 24, 1975 with “I Want to Hold You In My Dreams Tonight.” “There was something magical about my voice on that,” Parton said. Today, her discography includes 31 albums. She’s currently in the midst of recording a new LP. 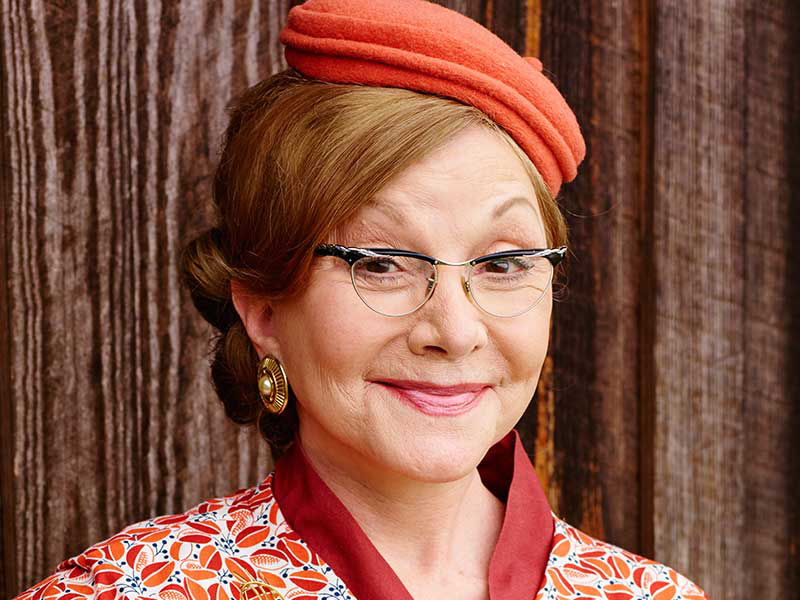 BY TOM NETHERLAND SPECIAL TO THE HERALD COURIER

SEVIERVILLE, Tenn. — Siblings of music superstars typically do not encounter golden ladders to the top as a result.

Oh, Stella Parton knows. A younger sister of Dolly Parton, her career in music did not come courtesy a leg up from her “Coat of Many Colors” sister.

“It has always been a struggle and a blessing,” said Stella Parton of her career. “I never saw myself as a star and don’t aspire to that.”

Regardless, the Sevierville native celebrates 45 years as a music profes-sional this year with a countrywide tour. More accurately, she’s performed as a professional musician for 47 years and the year marks the 50th anniversary of the first album to feature her voice.

“I’ve always seen myself as a working artist,” Parton said. “I’m not a star. I didn’t want to be a star.”

Nonetheless, a smattering of appearances on Billboard magazine’s country singles chart occupy the first decade of her career. She debuted on Billboard on May 24, 1975 with “I Want to Hold You In My Dreams Tonight.”

“There was something magical about my voice on that,” Parton said.

Partons do not give in easily. First, there’s pride.

“That comes from our dad,” she said. “He was one of the most soft-spoken people. He had 12 kids with our mother. My dad was an awesome human being.”

“We got our dreams from our mother,” Parton said. “We got the work ethic from our dad. It was a perfect combination. My mother said you’ve got to put legs to your prayers.”

Stella traveled to Nashville with sisters Willadeene and Cassie and their mother, Avie Lee Parton.

“The Parton Family, that’s what we were called,” Parton said.

They recorded a gospel album, “In the Garden.” Issued in 1967 on the tiny independent Inspiration Records imprint, scarce copies of the album exist to-day.

“This lady, Marion R. Mangrum, who owned a newspaper in Maryville, Tennes-see, heard us sing at a funeral,” Parton said. “She said she wanted to do an album for us.”

Parton turned to Inspiration Records again for her second album. Under the banner Stella and the Gospel Carrolls, a group that included her brother Randy and cousins Dwight and Dale Puckett, the album failed to launch as a hit in 1972.

By then, Dolly’s list of successes mounted with duet partner Porter Wagoner. A television star as a member of the cast of “The Porter Wagoner Show,” she scored her first number one single as a solo act with “Joshua” in 1971.

“To be honest, my uncle Louis and Porter Wagoner tried to shove me out of the business,” Stella Parton said. “I was trying to make a living. I was born a Parton.”

Fans may ask, “Why didn’t she ask Dolly for a chance to sign with her la-bel, RCA Records, or for help in signing with another record company?” Sounds simple, doesn’t it? Not so.

“Well, I always tried to never be a burden on her,” Parton said. “I’ve never been on her coattails. I love her too much to do that.”

So Parton continued upon her route as an independent artist. She formed her own record label, Soul, Country and Blues Records.

“Or SCAB Records,” she said. “What inspired me was necessity. I had to have a hit before I could get a record deal.”

Like a bear with claws, Parton dug in and climbed a nearly insurmountable mountain. Independent artists rarely notched hits in those days.

Well, shazam! When her single, “I Want to Hold You In My Dreams Tonight,” peaked at number nine, she had her hit.

“I knew it was God’s will. It was a miracle,” Parton said. “I prayed to God that if this doesn’t work, I’ll go back to work in the beauty shop in Se-vierville. That’s what I was told to do, to go back with my son where I be-long.”

Hit made, Parton signed with Elektra Records in 1976. Three albums followed, including 1977’s “Country Sweet” and 1978’s “Stella Parton,” which peaked at numbers 27 and 38 respectively on Billboard’s country albums chart.

Not easy. Parton’s career illustrates well that siblings of superstars rare-ly have an easy way up.

“No, it’s not easy,” she said. “People judge you harshly. For me, I just go out and do my job. I started out as an indie artist. My first hit was on a label I started. I wrote it. I produced it. We grew up so poor. I’ve got that proud Parton mentality.”

Unfair comparisons to her famous older sister plagued her then as now. Stel-la’s not Dolly. Her voice bears strains of a resemblance. They definitely look like sisters. However, each own distinct personalities and styles.

“She’s three-and-a-half years older than me,” Parton said. “Dolly’s more of an extrovert than me. She’s more bubbly as a personality. But that’s not who I am.”

Regardless, 31 albums occupy Stella Parton’s discography. She’s currently in the midst of recording a new LP.

Film and stage work coincide with Parton’s career in music. For instance, she performed in a variety of Broadway touring musicals including “Gentlemen Prefer Blondes” and “Pump Boys & Dinettes.”

“Dolly called me out of the blue,” Parton said. “She said, ‘Your agent pitched you. We’re doing a movie, ‘Coat of Many Colors,’ for NBC. We have one part left — but you can’t be pretty!’ I said, ‘I don’t have to be pretty, but will be glad to do it.’ I think it was a God thing.”

Amid such highs came a wave of lows back home in East Tennessee. Last fall’s fires in Gatlinburg and Pigeon Forge ravaged homes, businesses and forest alike. Her family survived, but the fires struck close.

“I lost a dear friend, Reverend Ed Taylor, who passed away in that fire,” Parton said. “I was devastated by the fires. It was a sign of how fast our lives can change.”

A no regrets mentality strides hand in hand with Parton. Steadfast in her convictions as an independent voice of God, a proud representative of her fam-ily and maker of music, Parton’s path through life continues on the strength of backbone and pure mountain grit.

“I believe in my music,” Parton said. “God believes in me. I think that’s enough. I’ve had a long struggle, a hard struggle. I’m an angel with a broken wing, but I can still fly. I can still fly."

» Visit HeraldCourier.com for a video of Stella Parton performing Saturday, Feb. 11, the Sevierville Civic Center, Sevierville, Tennessee, and a glance at her music. Video by Evan Patrick.

MATTINGLY: Lisa Beamer on the lessons she learned after 9/11

For those who lived through Sept. 11, 2001, the drama of Todd Beamer and the heroes of Flight 93 has become an essential part of many anniversary rites. But the young software salesman also asked to deliver a final message to his wife, Lisa Beamer, and their two sons.

The Girl and the Raven named 'best eggs' in region

The Girl and the Raven, an Abingdon café that serves breakfast and lunch, earned the honor of having the best eggs in the region in a statewide contest run by the Virginia Egg Council.

How well do you know the people you love? What stories do you tell about them? How do you hope they’ll remember you?

That is one of the most patriotic things you can do this year — love a neighbor and do your part to dismantle walls. Let us clean up society, not by wrecking something, but by serving someone you fear or do not like.

PLAYL: The Word from Kathryn Grace and James David

Our words are important. God’s Word is vital: living, written, spoken, sung, exemplified. Is His Word a lamp to your feet? Does it light your path?

Hollifield: A strange shoe incident from back in the day

Sometimes, when I’m at a store, I say to myself, “If I can get home, I will never leave my house again.”

HOLLAND: Becoming what Christ died for us to be

Following God’s directions is one of the most difficult goals we will ever try to reach in our lives, but it is the meaning and purpose of this life. Let us keep praying that eyes will be opened and hearts will be changed in the name of Jesus.

“We got our dreams from our mother,” Stella Parton said. “We got the work ethic from our dad. It was a perfect combination. My mother said you’ve got to put legs to your prayers.”

Stella Parton debuted on Billboard on May 24, 1975 with “I Want to Hold You In My Dreams Tonight.” “There was something magical about my voice on that,” Parton said. Today, her discography includes 31 albums. She’s currently in the midst of recording a new LP.