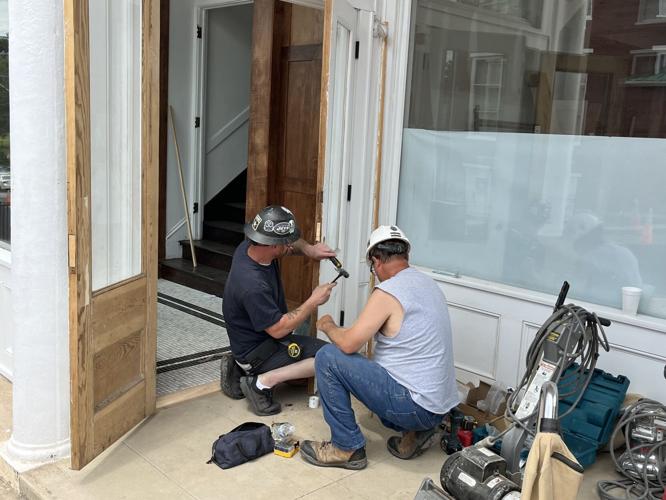 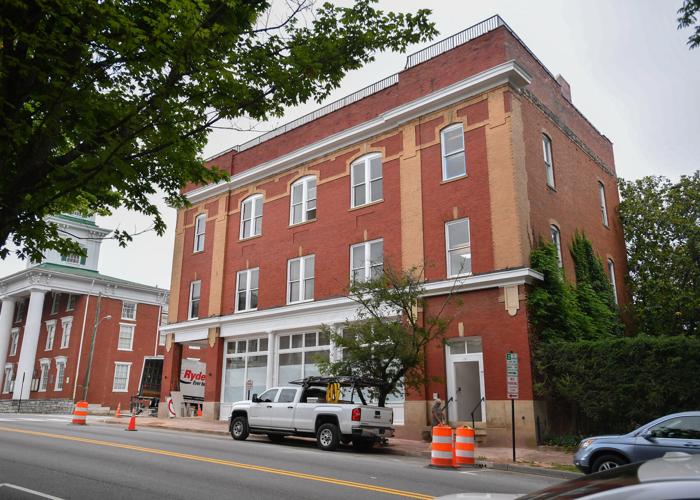 The Summers building in downtown Abingdon, Virginia, is undergoing renovations including the addition of a fourth floor. One of the new features will be a rooftop restaurant.

ABINGDON, Va. — Abingdon residents will soon be able to sip wine and dine while overlooking the town from a new rooftop restaurant at the top of the Summers building across from the Washington County Courthouse.

Over the past few months, Nathan and David Berg, owners of Wallberg Construction, have been working to restore the building with big plans for its future.

“About two years ago, we were approached by the [owners] of the building about renovating the space,” Nathan Berg said. “This floor [the first floor] with all the glass will be some type of retail space. The second floor will be offices, and the third floor is offices, and there’s also a large meeting room — but separate tenants.”

The rooftop and cellar spaces are what the Berg brothers are most excited about.

“We went up there one day with the owners of the building, and we were all just like, ‘Wow, this is a great view. It’d be cool to have a deck up here.’ And then that kind of grew ... until we thought, well, this would be an awesome place for a restaurant,” David Berg said.

The rooftop restaurant and wine bar, which will be managed by Charlie Berg, will be called Summers Restaurant, after Preston Summers, who commissioned the original building in 1908.

“Our brother, Charlie Berg, he will be running the restaurant,” David Berg said.

Charlie Berg helped manage the wine program at Eleven Madison Park (in New York City), which was named one of the best restaurants in the world by Conde Nast in 2018.

According to Ethan Berg, the owners’ trust in their process has made the complex historic renovation process easier to handle.

“Our clients, who’ve become good friends at this point, they’ve been great to work with,” Ethan Berg said. “They’ve trusted our judgment a lot; that’s given us the opportunity to do really a unique level of historic renovation.”

David Berg explained how complicated it was to add a fourth floor to the existing structure while balancing a complete overhaul of the old electrical, mechanical and plumbing systems and keeping the original finishes intact, as well as meeting the code requirements of the historic district.

“The engineering was very complicated. Really what we had to do is design it in such a way that the fourth floor is supported independently from the rest of the structure, and so you don’t see it, but there are columns that go all the way from the roof to the foundation underneath, and that’s what’s holding everything up,” David Berg said. “It required a lot of painstaking measures in trying to preserve things while you’re basically building a new building through it.”

The Summers building is in its final stage of renovation. The Berg brothers plan to open the Summers Restaurant and wine cellar later this summer.

Jason Reitman and Marlee Matlin join Oscars board of governors

Jason Reitman and Marlee Matlin join Oscars board of governors

'My Big Fat Greek Wedding 3' is in the works

'My Big Fat Greek Wedding 3' is in the works

The Summers building in downtown Abingdon, Virginia, is undergoing renovations including the addition of a fourth floor. One of the new features will be a rooftop restaurant.