» What: Theatre Bristol On Air presents “A Christmas Carol”

» Admission: Free, but donations are accepted

Amid a technological blitz and the numbing pandemic, the venerable children’s community theater company hearkens to a time when life seemed more simple.

So, Theatre Bristol On Air presents Charles Dickens’ “A Christmas Carol.” Listen now through Christmas and the entire month of December via numerous podcast outlets including Spotify and Apple, accessible through www.theatrebristol.org. Then on Wednesday, Dec. 23, check out the show’s broadcast on radio 89.5 FM WETS.

“This is an audio show,” said Samantha Gray, producer of the show. “It’s traditional. It’s the classic show, about 59 minutes long. It came to life with voices and sound effects. It is immersive. Most people will be amazed.”

“Well, ‘A Christmas Carol’ is one of my favorite stories,” said Patterson. “I love its richness. I love the values that are inherent in that script. It has a strong plot. It’s wonderful to do a version of ‘A Christmas Carol’ that gets back to the basics of Charles Dickens.”

Camille Gray serves as the show’s audio technician. As such, when one listens to the show, the clinks of ghostly Marley’s chains sound as if upon one’s heels. The cragginess of Scrooge’s voice jibes in a mix of horses’ hooves and the snow-clad footsteps of the teeming Christmas neighborhood of Victorian-era London.

That Theatre Bristol returns “A Christmas Carol” to the early days of radio fell neatly into Patterson’s wheelhouse.

“I have known ‘A Christmas Carol’ in one guise or another since I was 6 years old,” he said. “My father bought some used records and brought them home. In a sleeve that was supposed to be Mighty Mouse, there was a record by an English cast of ‘A Christmas Carol.’ I listened to that record until I wore it out. Oh, it was inspiring!”

So as Theatre Bristol grapples for ways to present content during the pandemic, it struck them as natural to carry forth with “A Christmas Carol” in radio show form. They did likewise in October with “The War of the Worlds.”

“Your imagination fills in everything,” Samantha Gray said. “You become the costumer. You become the set designer. It’s captivating all the way through.”

Open the mind to see the Ghosts of Christmas Past, Christmas Present and Christmas Future as they work to change crabby Scrooge. One can feel the cold of the snow, hear the howl of the wind, shiver to the harshness that’s indelibly Scrooge.

“This show gives you an invitation to participate,” Patterson said. “In a movie, it’s all laid out for you. Here, you have an invitation to decide what Scrooge looks like and how he walks down the road.”

Life-enhancing values enumerate throughout “A Christmas Carol.” Read the book, see the show, hear the show. Hope lives for those with and without, for the dire and the fortunate. Hope even exists for Scrooge, a message for us all that it’s never too late to change one’s ways.

“You know that if Ebenezer Scrooge can be redeemed,” Patterson said, “then so can we.”

Nathan Sykes appears to have stepped from the stage of some honky-tonk circa 1948. The balladeer will step onstage at Gypsy Circus Cider Co. in Kingsport on Saturday, Jan. 23.

Larry King, the suspenders-sporting everyman who interviewed world leaders, movie stars and ordinary Joes for a half-century, died Saturday. He was 87.

Moon Taxi streams its latest album release, The Nighthawks perform via stream on Thursday, and Steve Earle releases a loving tribute to his son, Justin Townes Earle, who passed away in 2020.

ABINGDON, Va. — Anna Buchanan has spent nearly a year’s worth of work on one show at the William King Museum of Art.

And don't miss 'Who Wants to Be a Millionaire' on ABC.

Actor Gregory Sierra, best known for roles in "Sanford and Son" and "Barney Miller," died Jan. 4 from cancer, his widow Helene Tabor said. He was 83.

Lady Gaga belted out the national anthem Wednesday in a very Gaga way — with flamboyance, fashion and passion. Watch her performance here.

NBC to shut down NBC Sports Network at end of 2021

The NBC Sports Network, which is best known for its coverage of the NHL and English Premier League, will be going away at the end of the year.

Dear Bridgerton fans, have a Hastings honeymoon thanks to Hotels.com

Dear Bridgerton fans, have a Hastings honeymoon thanks to Hotels.com

How Video Games Can Help (Not Hurt) Mental Health

How Video Games Can Help (Not Hurt) Mental Health 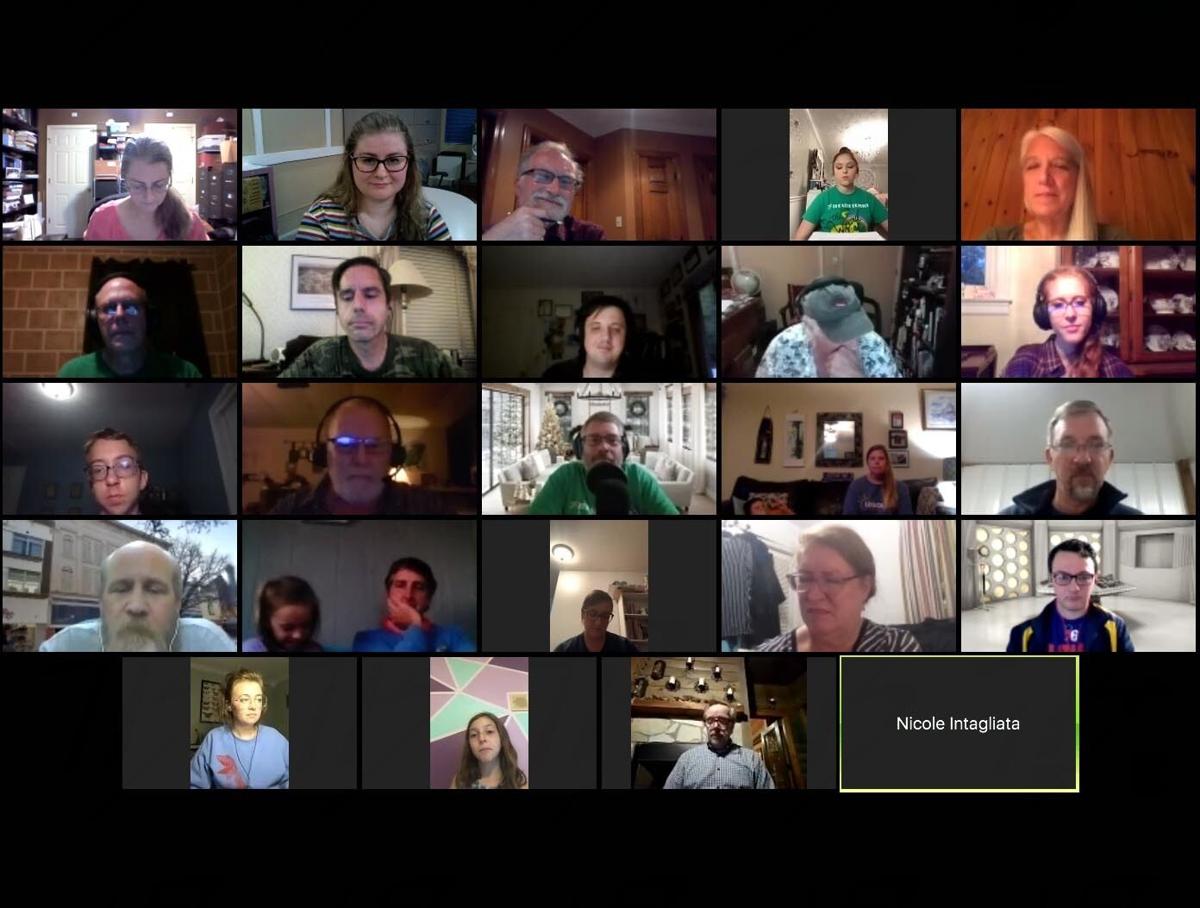 The socially distanced podcast/radio cast of Theatre Bristol On Air’s audio production of "A Christmas Carol." 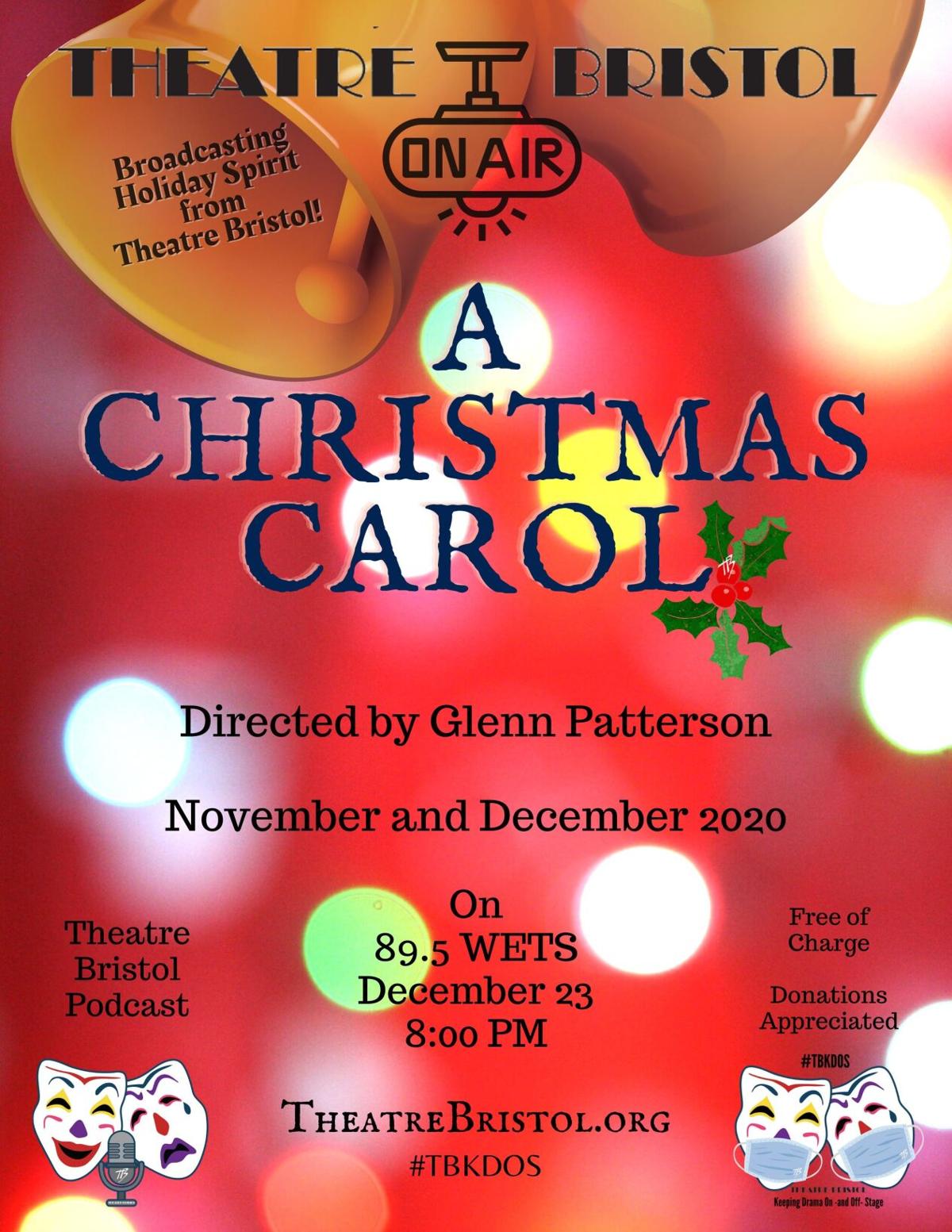 Poster for "A Christmas Carol" presented by the Theatre of Bristol.