The Saturday before each election, candidates in Southwest Virginia swing through the region, stopping at as many gatherings as possible. Each year, the historic event includes a stop in Abingdon, where about 200 Democrats met Saturday night.

“This swing is just kind of like a compressed version of what we’ve been doing for 12 months, with 100 town halls and all the meetings,” Flaccavento said. “I feel very good. The energy is incredible.”

Flaccavento will be in the coal counties today and continue traveling through the region until Tuesday’s election.

“This has been a revitalized swing,” Flaccavento said. “It’s been a little less, a little less organized the last couple election cycles. People were sort of depressed and worn out. This is a great tradition, and I feel like what we’ve done is bring it back and kind of energized it a little bit.”

Flaccavento, a Washington County farmer, has run against Griffith, of Salem, in the past.

“Four terms, a lot of people have drawn their conclusions,” said Flaccavento, referring to the number of terms Griffith has served the 9th District. “[They say] ‘he’s not the guy that’s going to represent us. He doesn’t show up.’ It gives me a much better chance. People want someone that’s going to work for them.”

Flaccavento said he believes the campaign had been “clean” up until recently.

“He’s got some TV and radio ads right now that are getting pretty ugly and are putting words in my mouth and pretty much lying about me,” he said.

The Democrat said he believes Griffith feels the pressure as the election approaches.

“They’ve gone dirty,” Flaccavento said. “I don’t know if he’s done it or some of the Republican National Committee. They’re claiming that I’m for open borders and all of this nonsense that’s completely untrue.”

Griffith, who attended the Washington County Republican Party’s 2018 Victory Dinner on Saturday in Abingdon, said the campaign has remained “clean” on both sides. He said he has not reported Flaccavento as supportive of open borders.

“He said in the debate that security on the border that we currently have is sufficient,” Griffith said.

Flaccavento said he was disappointed to see the campaign “swing negative” as the election nears.

The Democrat admitted Saturday that he didn’t have much of a chance to beat Griffith during the 2012 election.

“But this go around, because it’s so tight, I think he’s playing a little dirtier down the home stretch,” said Flaccavento, who added that he feels he has a chance to defeat Griffith on Tuesday.

“I think there’s a renewed sense of energy,” Warner said. “A lot of it is generated by some of the controversy that comes out of the White House. I think Anthony is running a really strong campaign this year. Obviously, I’m here for Anthony and my friend Tim Kaine.”

Warner said he believes Flaccavento is “willing to shake things up in Congress.”

He described Kaine as a partner in Virginia and a strong advocate for education, the Affordable Care Act and the military.

A number of youth — including members of the Young Democrats of Washington County — attended the dinner.

“Lately, with the political climate in the United States, I just feel like I need to encourage other people to vote and be educated about some of the policies being enforced,” said Jyll Foster, a 16-year-old student at Abingdon High School.

On the weekends, Foster said she and others knock on doors and make phone calls to ask people to vote and educate them on Flaccavento and Kaine.

A $1 million lawsuit filed against the town of Abingdon, Virginia, claims the town manager discriminated against some female employees and harassed them in the workplace.

Located a stone’s throw from Interstate 81’s Exit 13 at 18100 Lee Highway, the Car Barn is the newest venture for Jim McGlothlin, CEO and chairman of The United Co., owner of The Olde Farm golf course and partner in the forthcoming Hard Rock Bristol Resort and Casino.

The mother calls her daughter an overachiever. Isabella Katherine McCall simply labels herself as someone who enjoys a challenge. Whatever the reason, the 21-year-old college student is setting records at Emory & Henry College, where she prepares to graduate this spring.

A more aggressive strain of COVID-19 and relaxed behaviors are being blamed for “dangerous” rises in cases and hospitalizations across this region, Ballad Health officials said Wednesday.

Drug Arrests Made In Sullivan County

Two Bristol, Tennessee residents face drug charges following an investigation by the Sullivan County Sheriff’s Office at an apartment in the 2600 block of U.S. Highway 11W in Bristol.

BRISTOL, Tenn. — The Holston Medical Group recently moved its pediatric services to a new office at The Pinnacle in Bristol.

Buckingham Palace has released the broad outlines of Saturday's funeral program for Prince Philip, including plans for princes William and Harry. 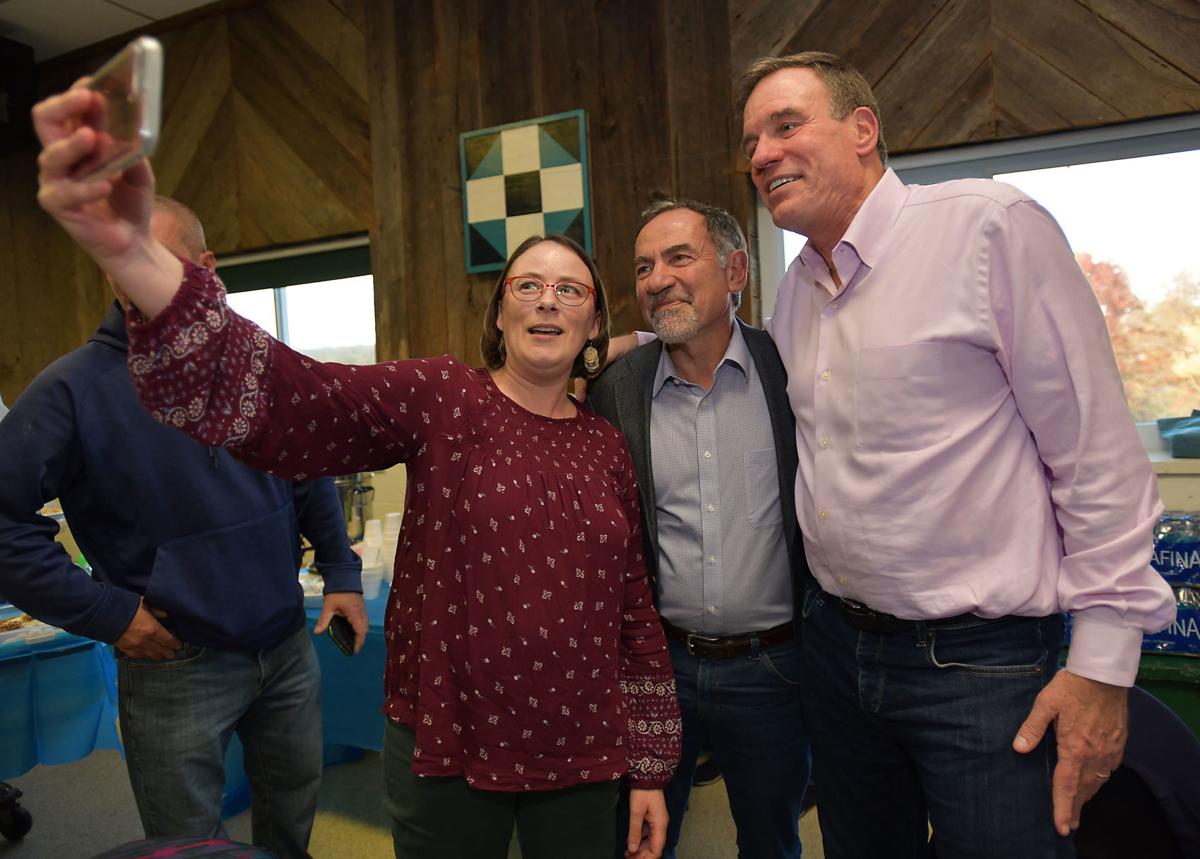 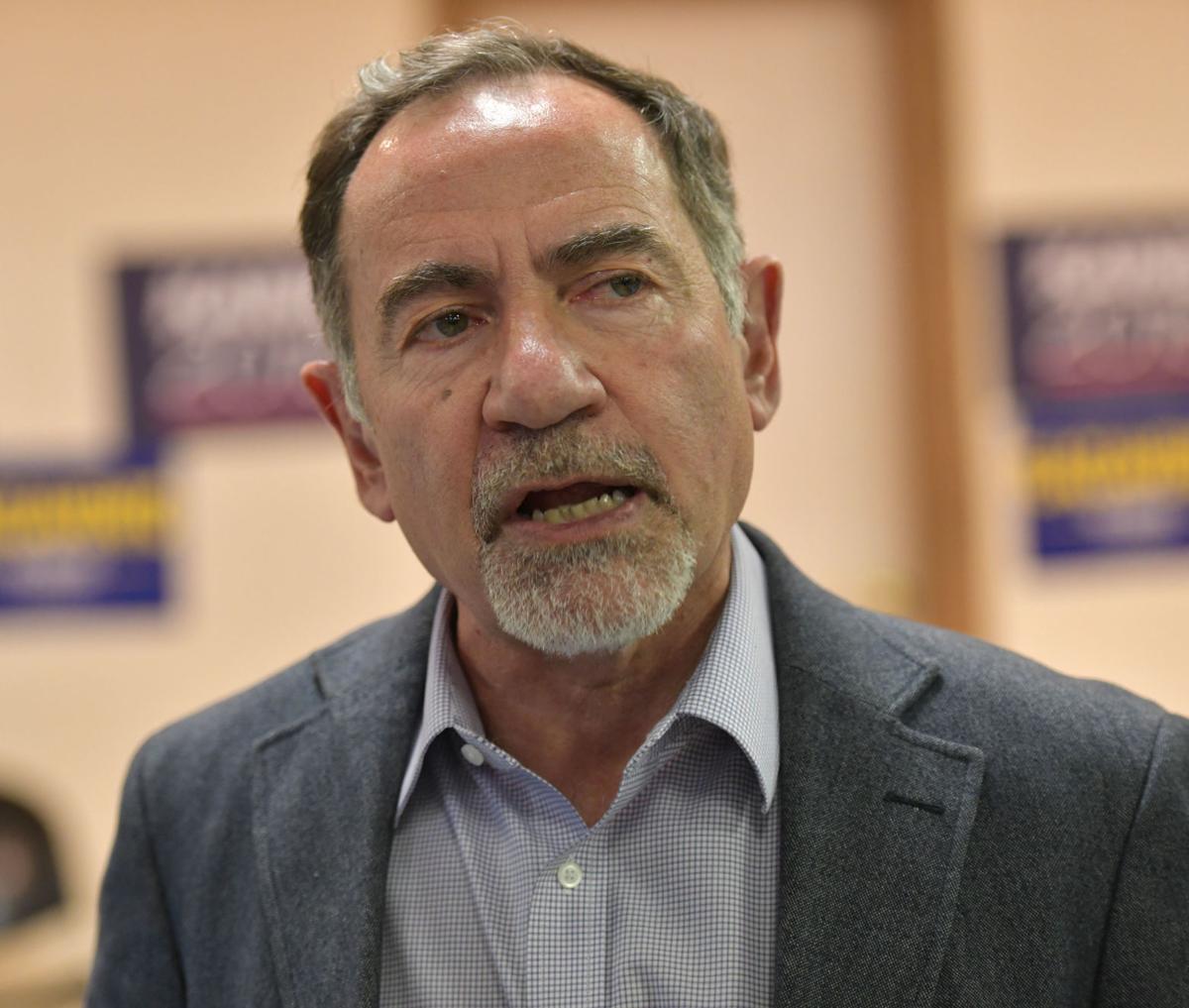 Congressional candidate Anthony Flaccavento talks about his campaign this year running against Congressman Morgan Griffith in the 9th District. 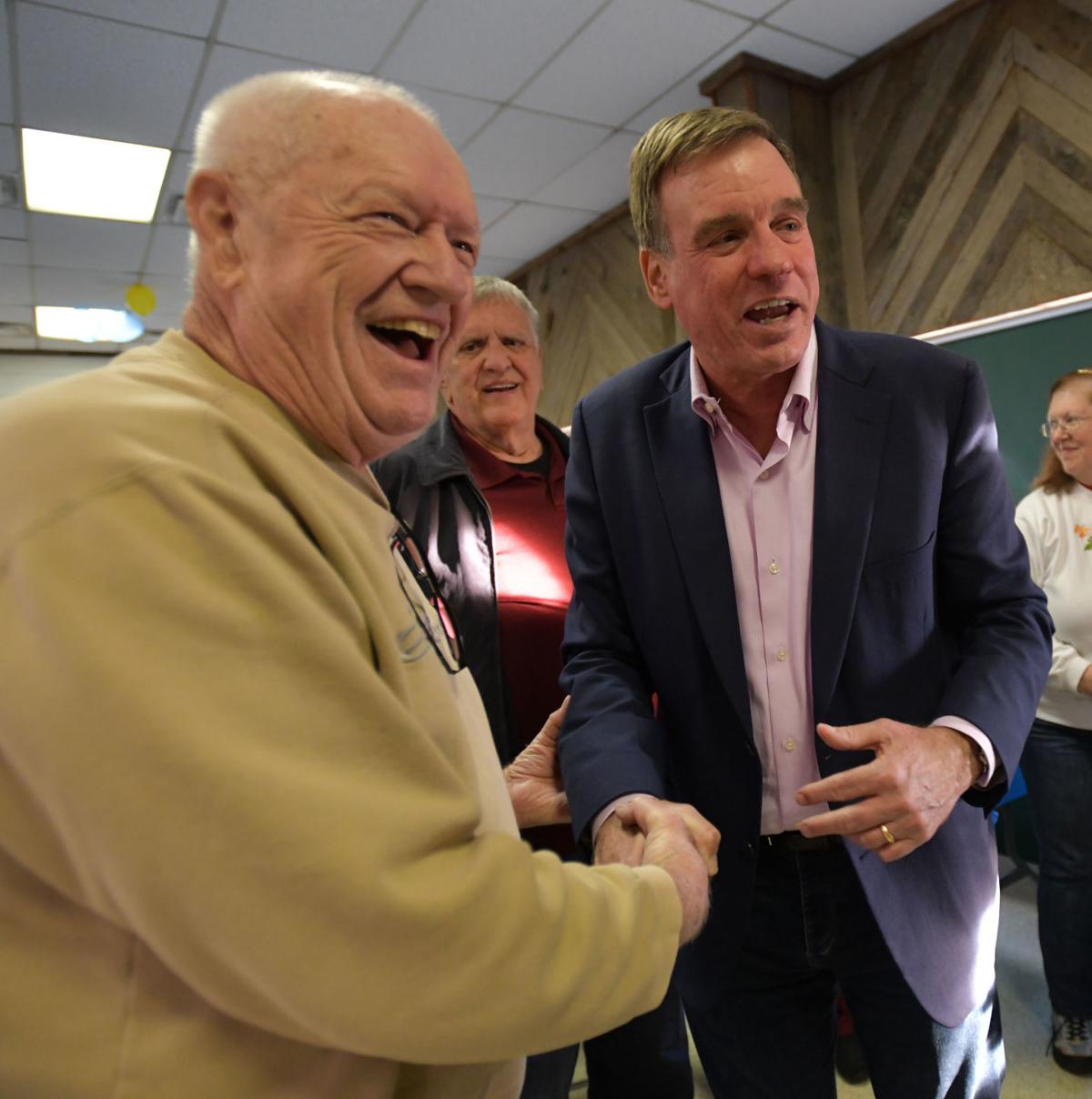 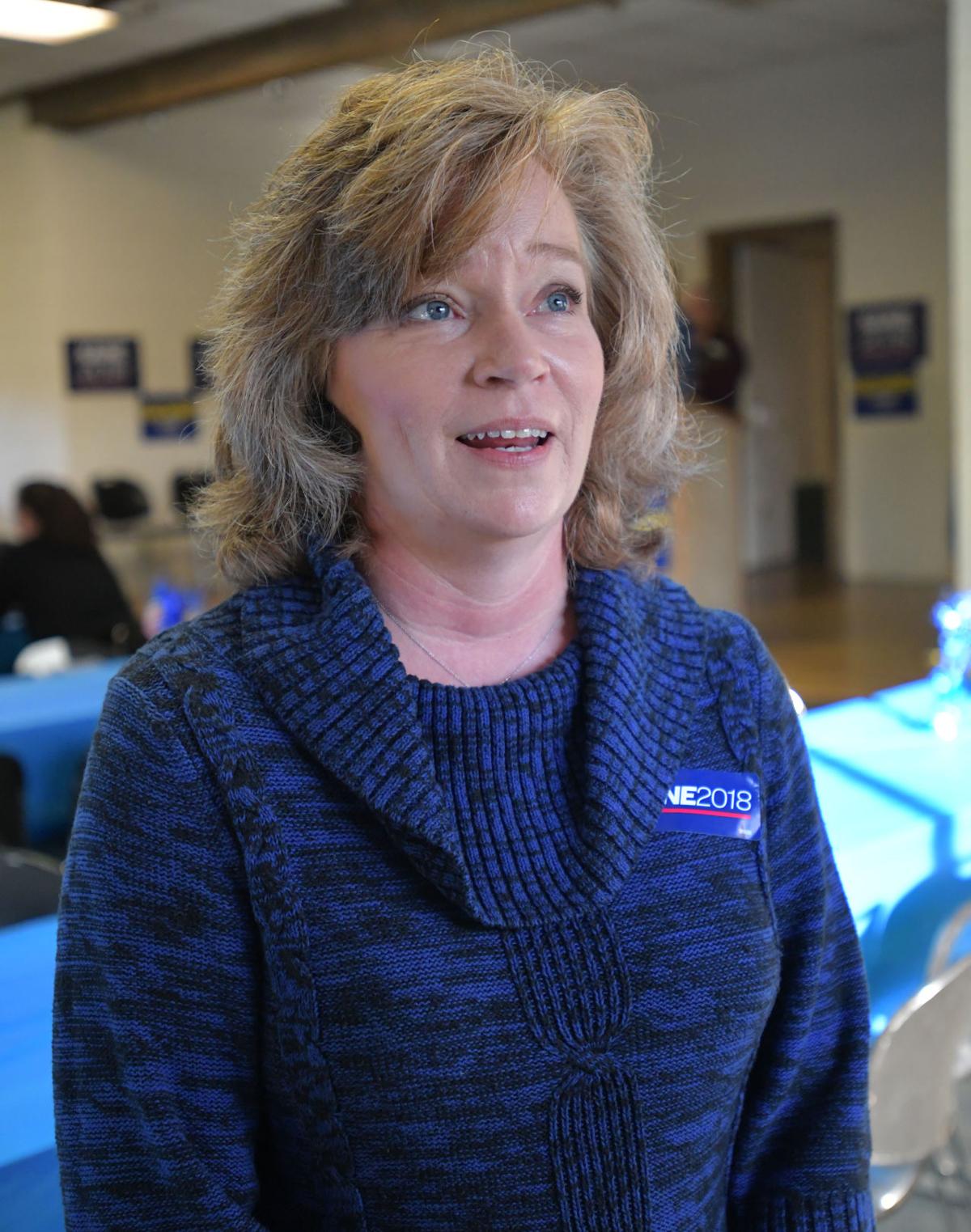 Washington County Democratic Party Chairman Karen Combs talks about the swing-through dinner held at the 4H Center in Abingdon, Virginia, on Saturday. The dinner brings together voters and candidates just before the November elections. This year US Sen. Mark Warner attended to voice support for Anthony Flaccavento and Tim Kaine. 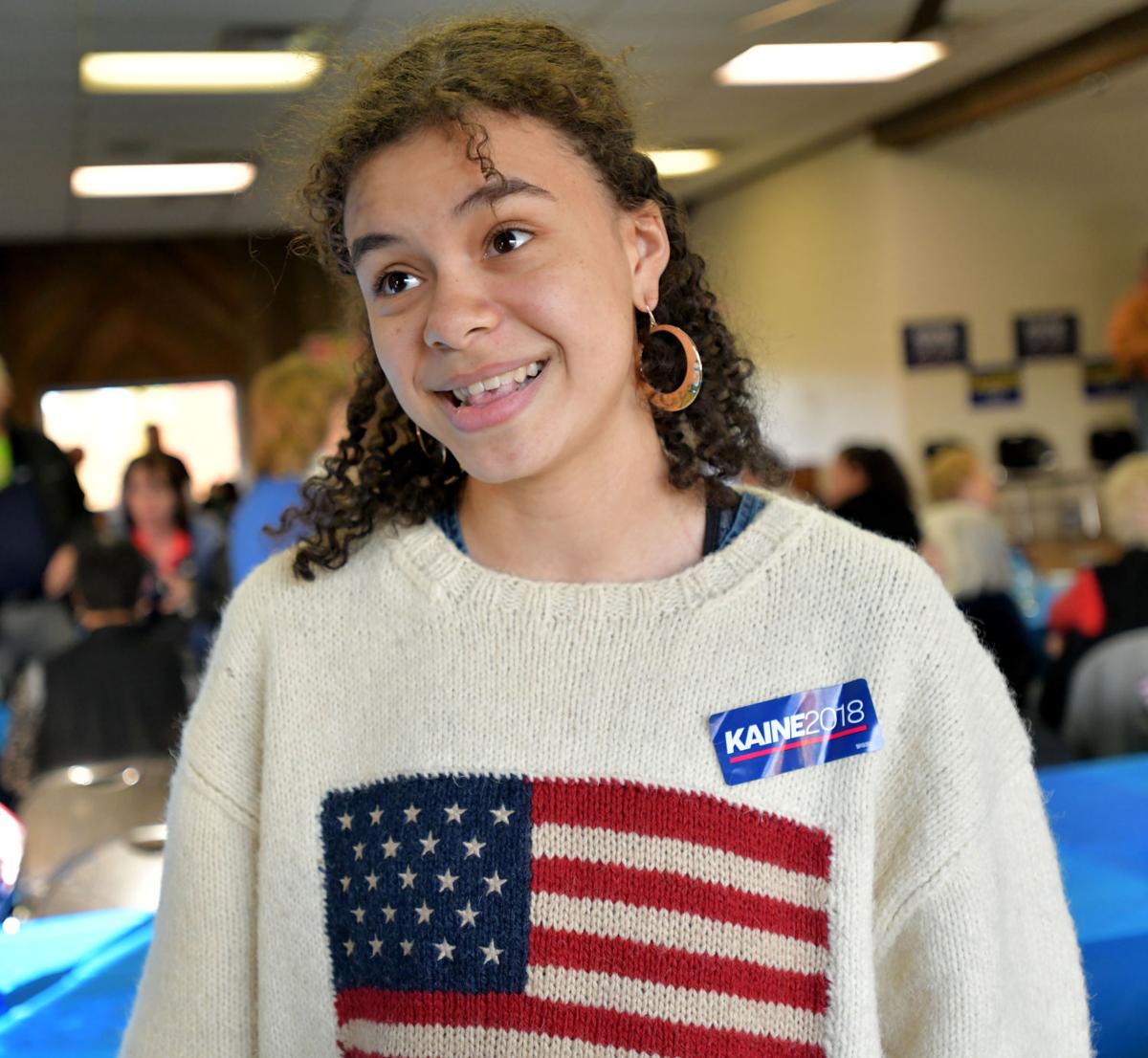 Jyl Foster is 16 and is involved in the Young Democrats at Abingdon High School. She and several other teen members cannot yet vote but have been involved in campaigning for Anthony Flaccavento this year.