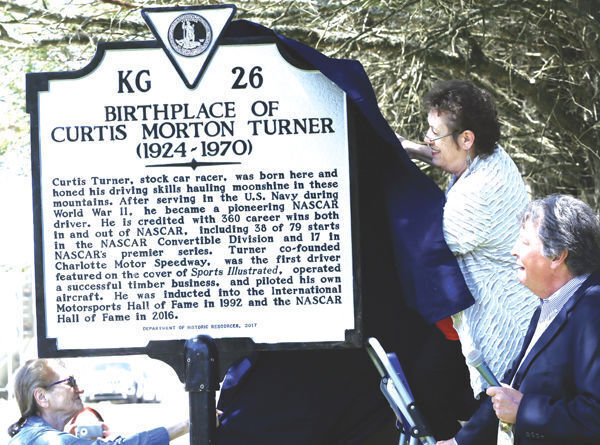 Gerald Via (far right) attends the unveiling of Curtis Turner's Birthplace marker in April 2018. Via pushed for multiple markers to be installed commemorating local history. 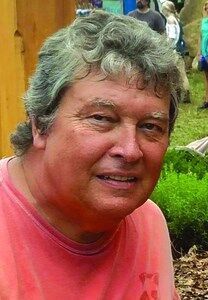 Gerald Via's family has been in Floyd for generations, and he was the primary driver of establishing historic memorials and markers throughout the county. Via died on April 6.

A Floyd County High School graduate and longtime advocate for preserving Floyd County’s history, 66-year-old Gerald Via died on April 6. Gerald is remembered in Floyd as a devout community historian and servant.

Lifelong friend and colleague Gino Williams graduated high school a few years after Gerald did, and the two worked closely together on several Historical Society and Historical Preservation Trust projects. At the end of April, Williams, who is the current president of the Historical Society and a judge in Floyd, said it felt like he “knew Gerald forever.”

“He was very interested and active with anything going on in Floyd,” Williams said, adding that Gerald had “so much knowledge and depth — it’s impossible to replace that.”

Gerald was involved with the historical society since its official launch into the organization it is today during the early 2000s. Throughout the decades, he also organized a number of Appalachian music events and Civil War programs that were hosted at the Historical Society Museum in town.

Williams said Gerald was heavily involved with the properties owned by the Historical Preservation Trust, including the museum, Oxford Academy and the Phlegar House, and was the primary driver behind a number of historical markers throughout the county, including the Curtis Morton Turner Birthplace marker in April 2018.

Author and historian Thomas Perry of Patrick County met Gerald about 30 years ago, and the two bonded over their passion for history, especially the Civil War.

“I started the preservation effort to preserve Jeb Stuart’s birthplace in Ararat, and he contacted me about preserving the Jubal Early Home place in Franklin County,” Perry remembered. “We went to the Roanoke Civil War Round Table, Virginia Tech Civil War Weekend and Fincastle Rifles Sons of Confederate Veterans meetings [together].”

Perry said “everyone should have a friend like Gerald” in a tribute he penned online: “Several times, I found myself at Gerald’s home, where the instruments would come out. One night, we figured out how to play ‘Norwegian Wood’ by the Beatles with Gerald on mandolin and myself on guitar. He loved bluegrass music. It was never boring around Gerald.”

Those who knew Gerald lost a piece of their hearts when he died, Perry said. He added it was also oddly “appropriate” for Gerald to have funeral services on April 9, as it’s the same day Gen. Robert E. Lee surrendered to Gen. Ulysses S. Grant at Appomattox.

Gerald Via is survived by his wife of 45 years, Vicky Walter Via, and his parents, Theodore and Louise Compton Via. Gerald and his wife, Vicky, have one daughter, Melissa Via Johnson, and are grandparents to Ashleigh, Emma and Eli of Fincastle. Gerald has several other surviving relatives in Floyd County and the surrounding areas, including a sister and brother. He was also a National Business College graduate.

Services were held April 9 at Gardner Funeral Home in Floyd. In lieu of flowers, his obituary states, Gerald wanted donations to be made to the Floyd County Historical Society and mailed to P.O. Box 292, Floyd, VA, 24091.

On the Record: How was Creedence Clearwater Revival inspired by Dr. Seuss?

Q: I understand that Creedence Clearwater Revival’s “Lookin’ Out My Back Door” is based on a children’s book. Which one?

KINGSPORT, Tenn. — Nearly 16 tons of garbage and trash were collected during seven cleanups this spring.

Hollifield: Giant news from the summer of '75

Around this time in 1975, I was 10 years old, a gap-toothed youngster with a bowl haircut, recently graduated from the fifth grade, which left me one year shy of Jethro Bodine’s impressive sixth grade education.

Tennis Anyone?: Passing the dad test with good advice and embarrassing singing

I cornered my kids two days before Father’s Day and asked them if I have passed the “Dad Test” yet.

RAMSEY: Weed control must be timely

This year, our cool season grasses were stunted by a freeze in the spring and dry conditions in April resulting in 50% reduction in hay yields…

Who’s the first person on your list for Father’s Day cards?

Gerald Via (far right) attends the unveiling of Curtis Turner's Birthplace marker in April 2018. Via pushed for multiple markers to be installed commemorating local history.

Gerald Via's family has been in Floyd for generations, and he was the primary driver of establishing historic memorials and markers throughout the county. Via died on April 6.