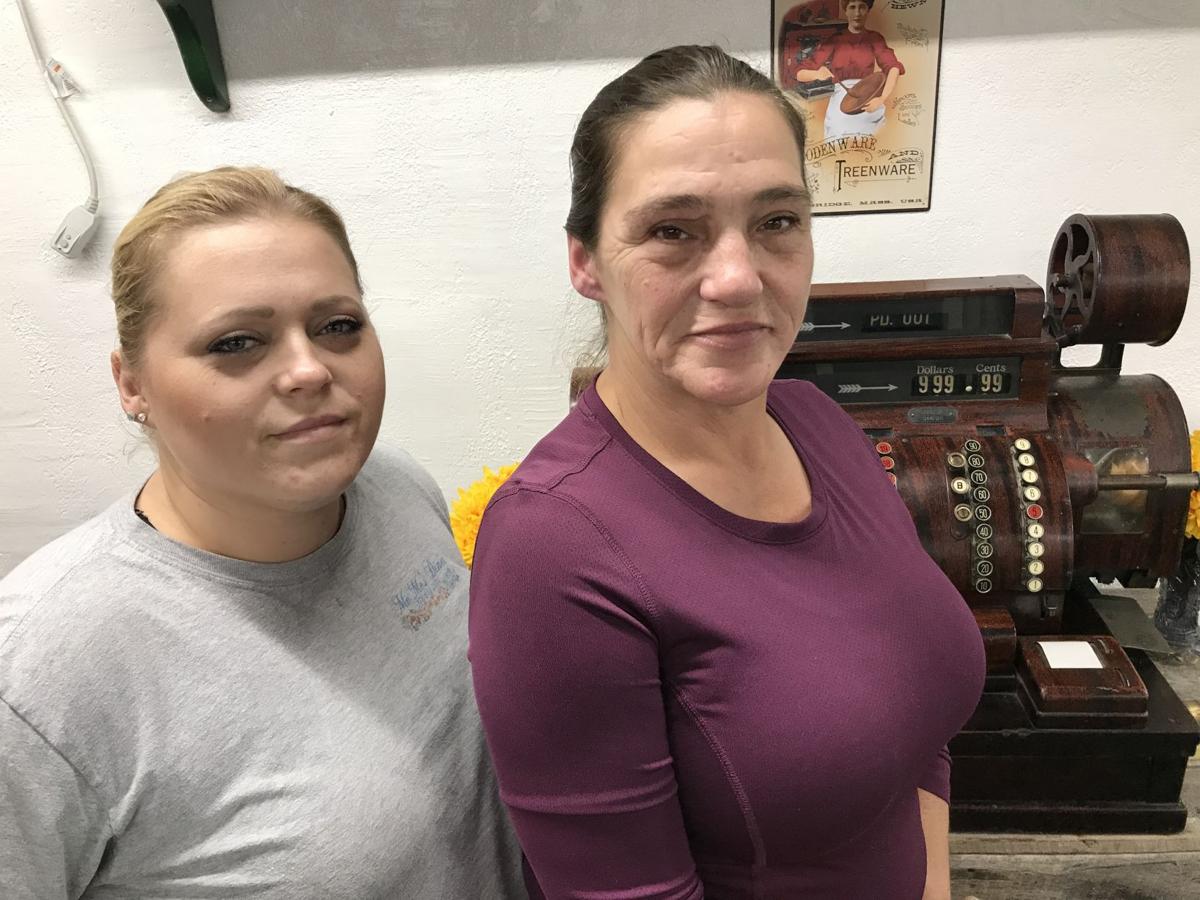 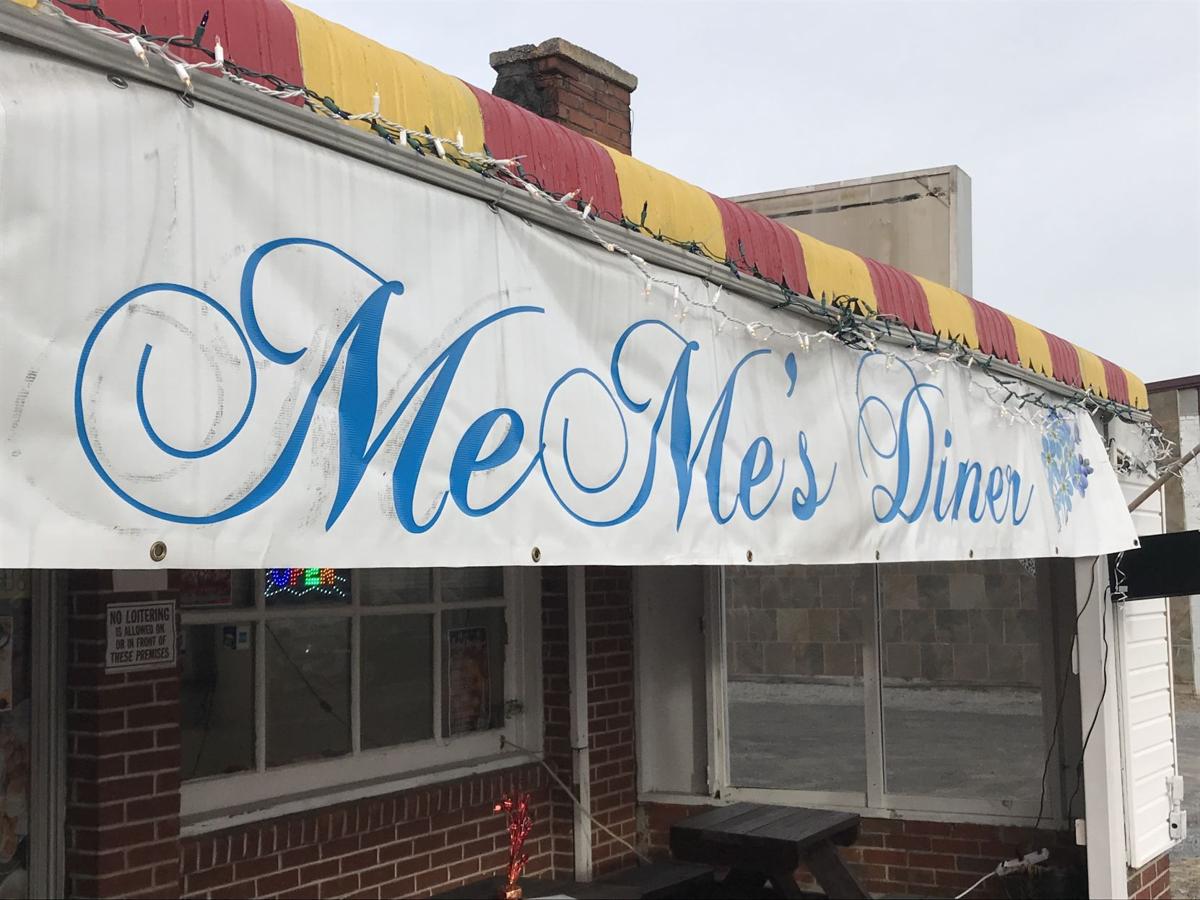 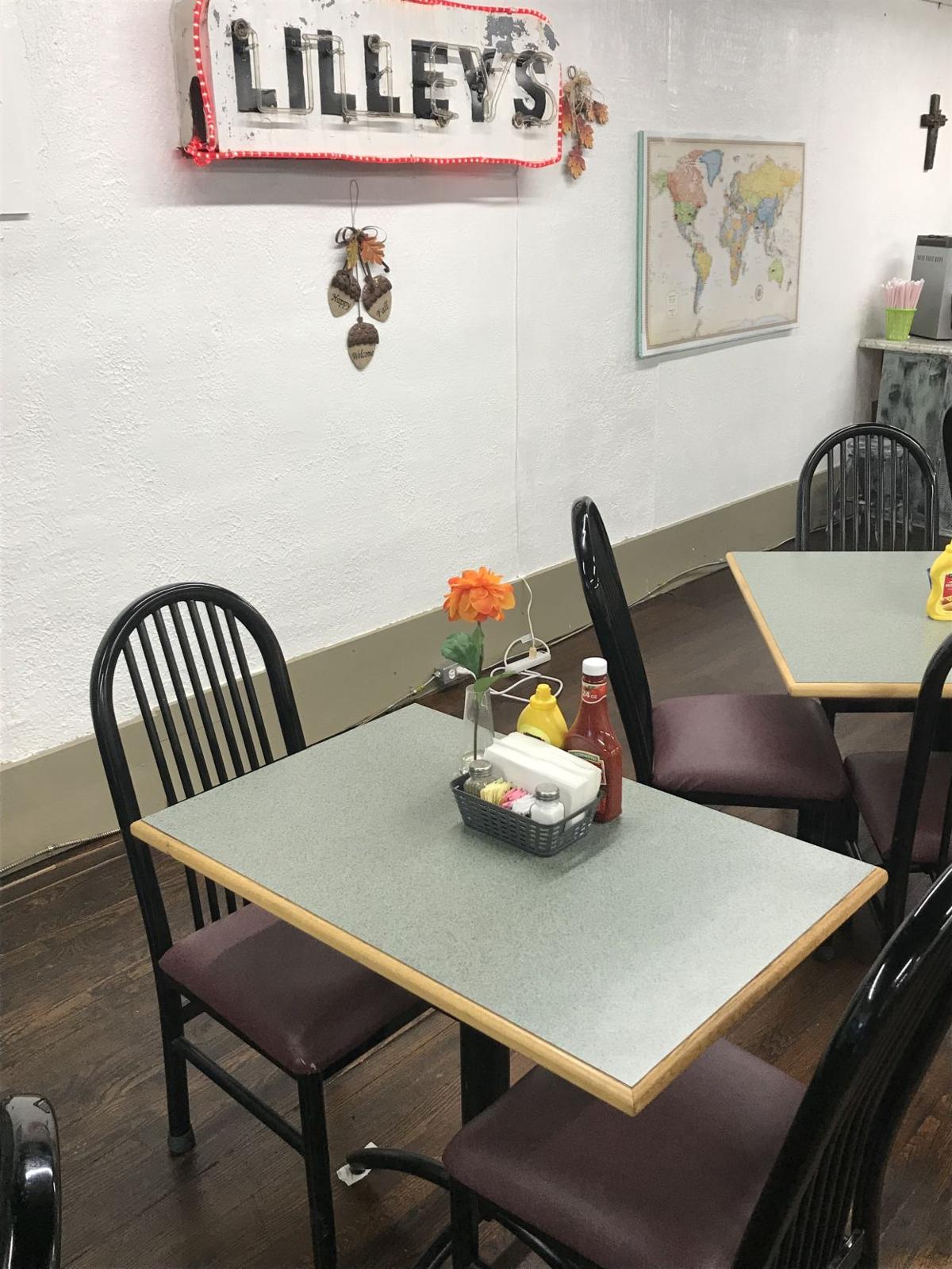 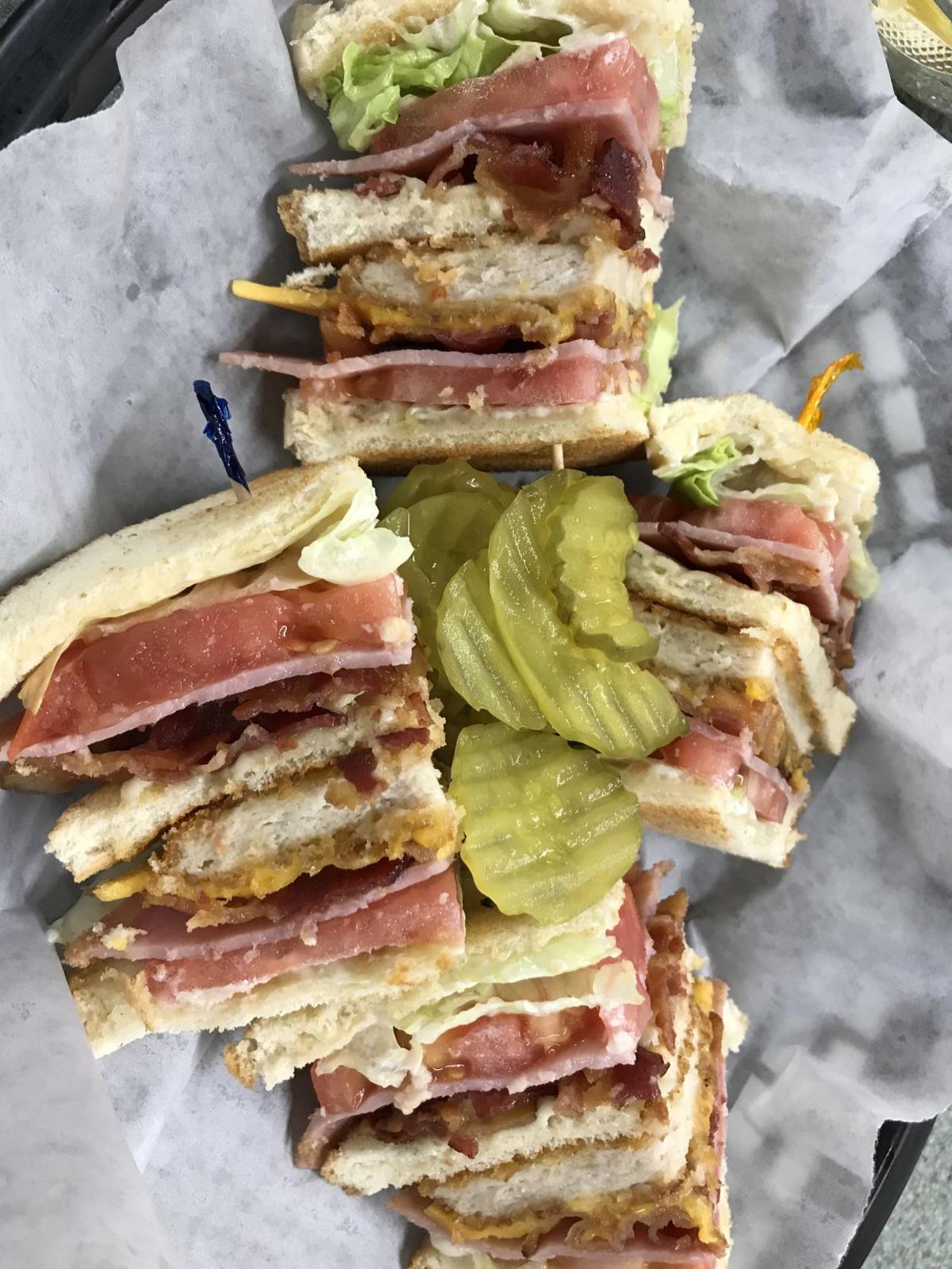 The club sandwich at MeMe’s Diner is stacked with bacon, ham and a breaded chicken breast. 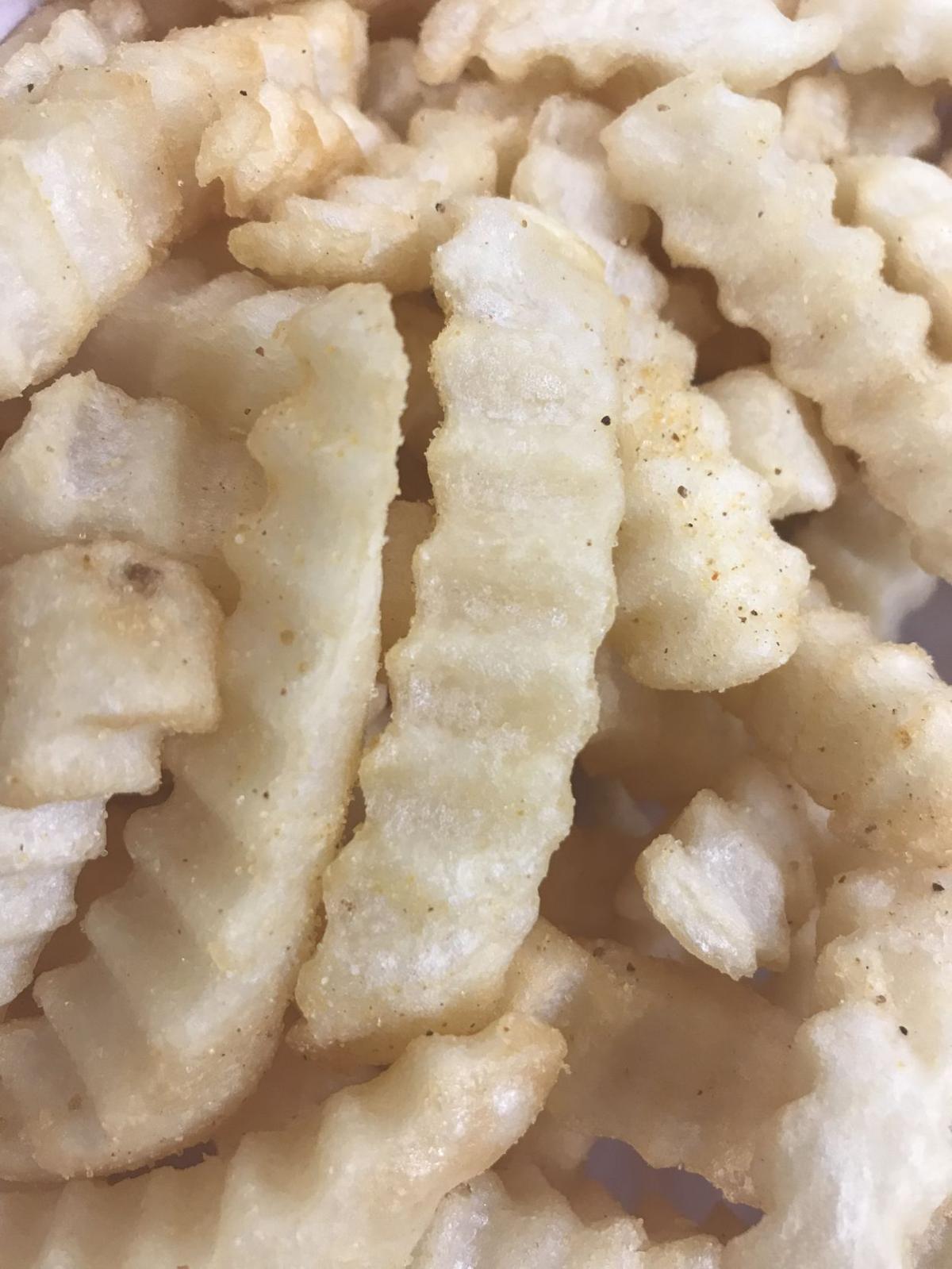 Bites of Bristol is a monthly series taking a look at the culinary scene in the Twin City. Each month, a member of the Bristol Herald Courier staff will visit a restaurant in the Bristol area and write a short feature highlighting the food, people and atmosphere at various eateries. This is not a restaurant review. Any questions or comments can be sent to djmathews@bristolnews.com.

BRISTOL, Va. — On a sunny Wednesday afternoon, I stopped in the bright-colored cafe of MeMe’s Diner on West State Street. And I was instantly taken with the airy feel of this eatery in downtown Bristol, Virginia.

MeMe’s Diner opened during August in the former location of Lilley’s, a longtime market known for its news-stand.

How to find it: Look across the state line from the Bill Gatton car dealership.

Ruby Lamb started cooking here just in time for the races at Bristol Motor Speedway. More recently, she said she had a booming business following the Bristol Christmas Parade in December.

This restaurant owner places much emphasis on an all-day breakfast, especially biscuits.

And, yes, breakfast is a meal Lamb knows, having cooked for a couple of years at Big John’s, a convenience store and eatery at Greendale, Virginia, on the outskirts of Abingdon.

But that’s no distance compared to getting back to where she grew up in Buchanan County, Virginia, at Jewell Valley.

“And if I had another one of her,” Lamb bragged, “we’d be perfect.”

After all, Lamb has two more offspring. And she’s a grandmother to 13 children who call her “MeMe.”

So, there — now you know how this diner got its name.

“I just love people,” Lamb said. “I just love to help make them smile. I treat people the way I want to be treated.”

As for me at MeMe’s Diner, I savored one of the best club sandwiches I have ever encountered, coupled with crinkle-cut fries and a sample of chicken nuggets.

How to describe it: “Jessie’s Club” comes packed with bacon, ham and breaded chicken breast on three slices of bread slathered with mayonnaise. It’s piled high with lettuce and tomato. And there are pickles lying atop, with the slices forming what looks like a crown.

To borrow one of Lamb’s words, it was “awesome.”

But, then again, maybe I should have had the biscuits.

“Breakfast, it’s all day,” Lamb said. “It’s homemade gravy. Everybody brags on it a lot.”

Lamb dropped a hint about her style of biscuits — an item that made her well known at Big John’s.

“My biscuits?” she said. “I don’t know what I done different than the other girls, but I think I put more butter in them.”

When political scientists and pollsters discuss faith and politics, one of their biggest challenges is separating the true believers from those who merely say they are believers.

HOLLAND | Wherever you are, God is with you

But let us remember that for whatever reason we may go through wilderness experiences, God is not only with us every step of the way, but He also promises after a certain amount of time to lead us back into the cool refreshing waters of His joy, peace, and restoration.

Going beyond the hits and back to vinyl

I’m forcing myself to go beyond the hits.

Fans of Robert Earl Keen will have to wait a couple of months for his return to Bristol. Keen was originally scheduled to appear at The Cameo Theater in Bristol, Virginia, on Wednesday, Nov. 3. The new date is Wednesday, Jan. 26, 2022.

The Blind Boys of Alabama return to the Paramount Center for the Arts on Oct. 23

Today the world knows them as the Blind Boys of Alabama. Witness history when the legendary group returns to the Paramount Center for the Arts in Bristol, Tennessee, Saturday, Oct. 23.

Here are all-too-common car-buying come-ons from auto marketing campaigns and smooth-talking salespeople — and the messaging that is left out.

Slapping a puck into the net; making a buzzer beating basket; scampering into the end zone; or knocking it out of the park ... all those are important. But finishing the race of life as a winner is the only thing that will really matter ... in the end.

FIEDLER | A word about faith

Amen. Oops! That’s supposed to go at the end, isn’t it? What’s with this religious word? And where did it come from?

The club sandwich at MeMe’s Diner is stacked with bacon, ham and a breaded chicken breast. 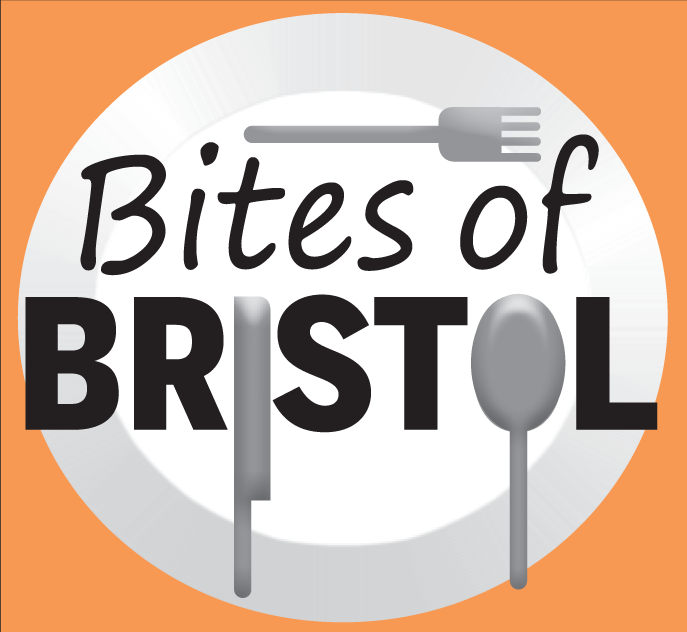