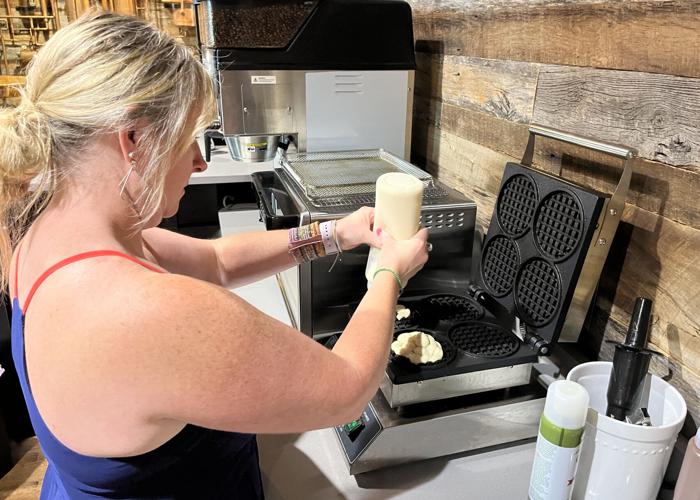 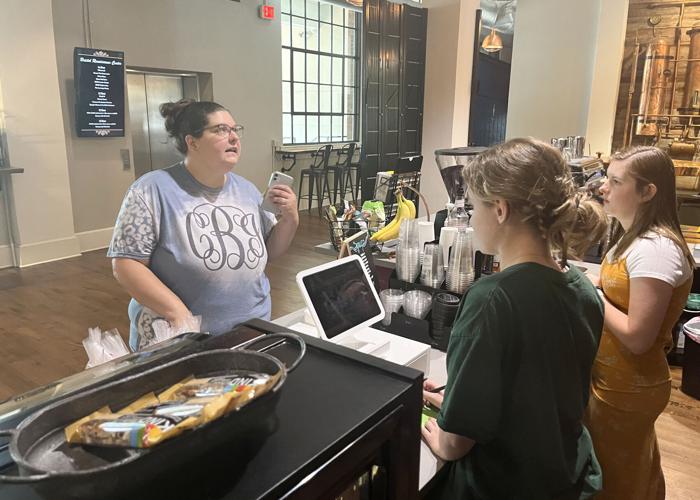 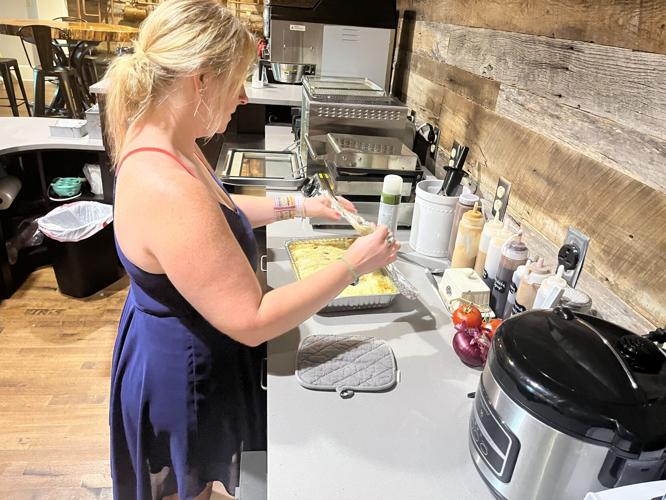 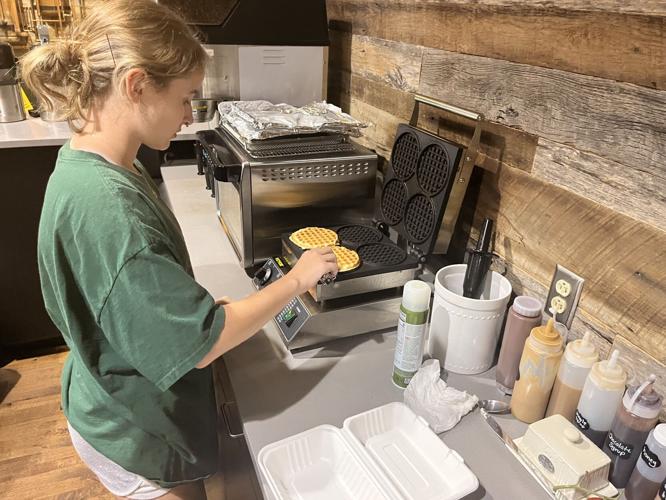 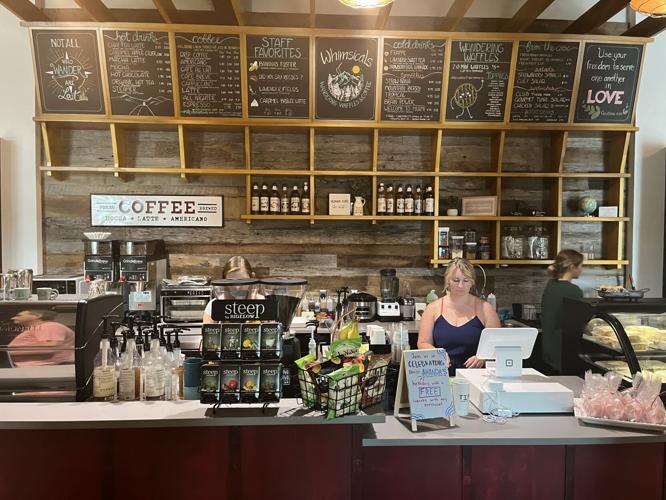 BRISTOL, Tenn. – Regulars to the hair and nail salons at the Bristol, Tennessee Renaissance Center have been enjoying gluten-free waffles and chicken salad croissants from what may be one of Bristol, Tennessee’s best-kept secrets, Whimsicals Wandering Waffles and Coffee.

“It’s so cute in here. I love that the food is homemade and fresh,” Chelsea Blevins, a regular customer at Whimsicals Wandering Waffles and Coffee, said. “My favorite is the mini waffles. I get strawberries and Nutella on them.”

For Amanda Holbrook, the owner, opening Whimsicals Wandering Waffles and Coffee, which replaced Trailblazer Coffee, has been a dream come true, despite some initial challenges.

“It has always been a dream of mine to open a coffee shop,” Holbrook said. “It’s been good. We didn’t have much traffic, which is why Trailblazers left. I just kind of used my marketing skills that I had acquired from my previous job and started using Facebook and Instagram and just really working it.”

Because of Holbrook’s social media efforts, as well as word-of-mouth from loyal customers, there is now a steady stream of foot traffic seeking out Holbrook’s gluten-free waffles, pastries, chicken salad croissants, and whimsical daily specials.

“The support and love that I’ve gotten from the community, I have a lot of regulars that have found me that just come in either every day or every other day, and the chicken salad flies off the shelf,” Holbrook said. “There’s no schedule, as far as what I have, other than the posted stuff, but when I do specials, it’s just very whimsical.”

Most of the pastries offered at the Whimsical Wandering Waffles and Coffee are gluten-free. The lunch specials are also usually offered with a gluten-free option.

Holbrook began making gluten-free waffles and other baked goods after her daughter, Olivia Opper, was diagnosed with celiac disease and wanted her to enjoy breakfast.

“My daughter has celiac, she was diagnosed three years ago, and we found that breakfast was kind of like, do you like fruit salad?” Holbrook said. “As a family, we love waffles.”

Once Holbrook incorporated the waffles into her business, she began referring to them as wandering waffles because they serve them in a to-go box.

“Instead of saying to-go, I just thought it was fun, you wander in get your waffles, and then you wander out,” Holbrook said.

Tiffany Tilley, a regular who works in one of the second-floor offices at the Renaissance Center, recommends new customers should get both the waffles and a chicken salad.

“Get the waffle for here. Get the chicken salad to go. You can’t go wrong!” Tilley said.

Family works to bring general store back to life

MEADOWVIEW, Va. — Retirement means more to Mike Hoback than sitting in his slippers while drinking a hot cup of coffee and reading the morning…

Though Edna Bonham Love died in 2016, her glasswork still catches the light just so, her watercolor paintings still speak of nature’s wonders, and she still manages to surprise her daughter.

Shoppers are encouraged to buy local this weekend in recognition of Small Business Saturday.

Also learn more about controversies at Airbnb and Whole Foods, plus view six charts tracking the markets. Here's a look at the week's top business and consumer news.

This could be the last holiday shopping season for Sears

It's been a slow, quiet death for the iconic chain, whose groundbreaking catalog and anchor position at many malls nationwide once made Sears both the Amazon and the Walmart of its day.

The Kingsport Office of Small Business Development and Entrepreneurship has announced the finalists for the 2022 KOSBE Awards:

Biden said he is sympathetic to the union's demand, but he said a rail strike would cause too much economic damage and must be avoided.

Do you get paid through Venmo, Etsy or Airbnb? Beware of new tax rules

A new rule doesn't impose any additional taxes on anyone, but it will make it harder for someone to evade or lowball taxes by using online services to channel their business income.

Why you should pay attention to bonus offers from banks

Why you should pay attention to bonus offers from banks

Save time and money during the holidays with these apps

Save time and money during the holidays with these apps